Below is a list of fake news reporters who colluded with the Clinton campaign to promote fake news. 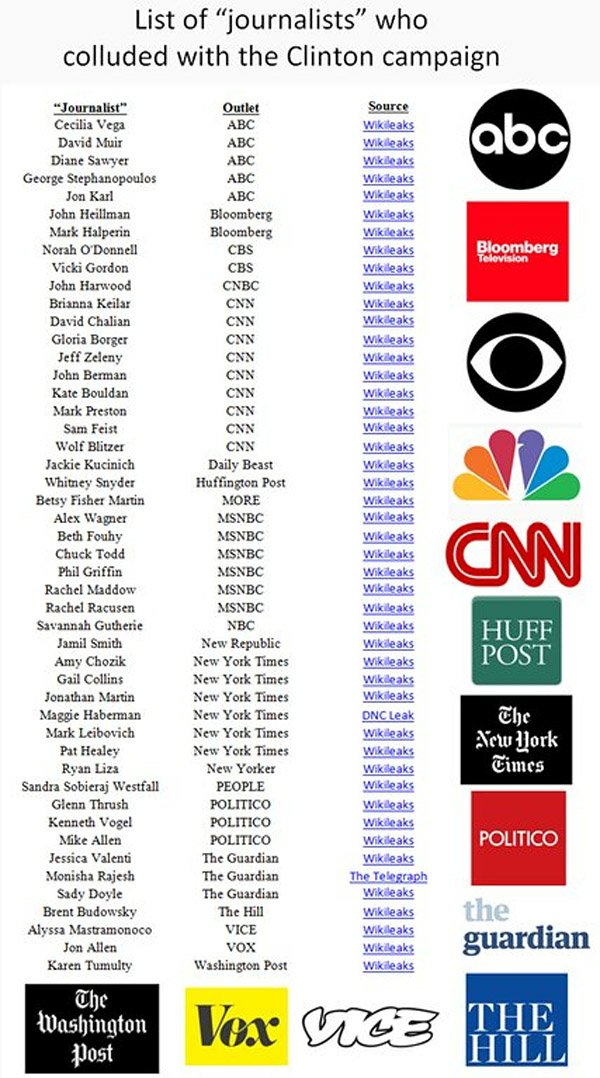 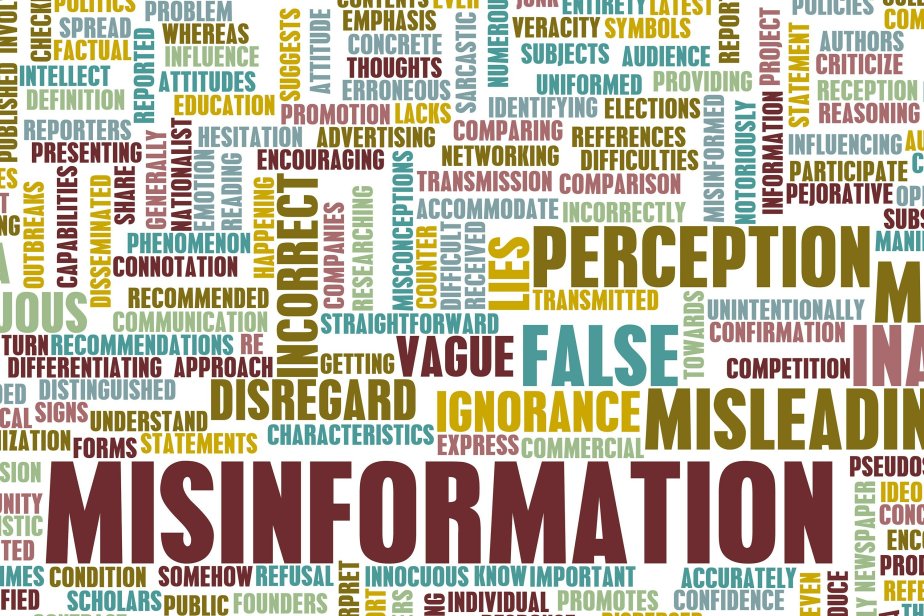 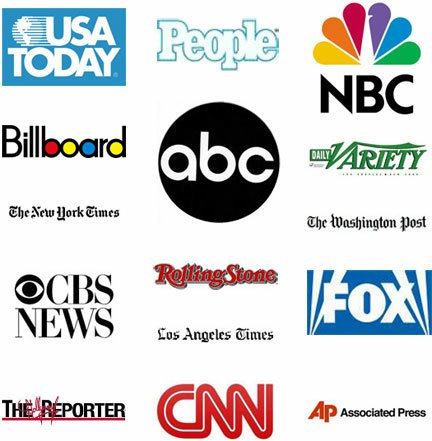 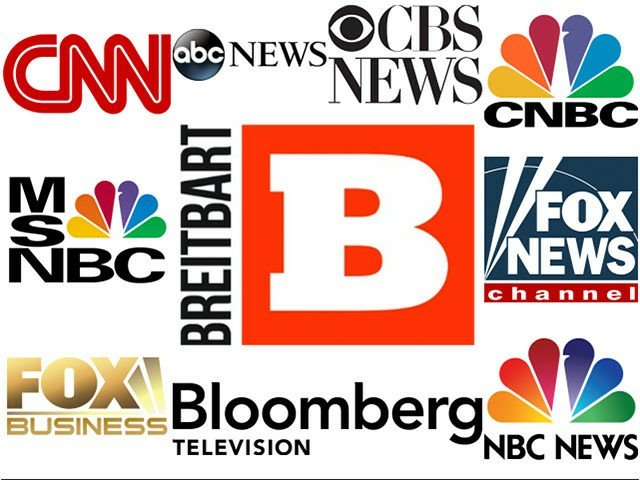 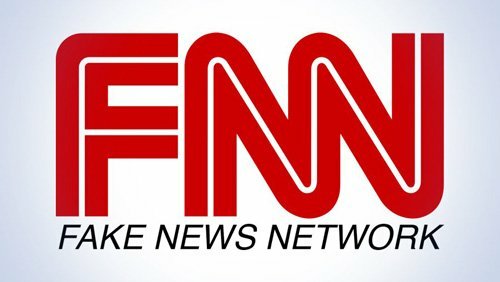 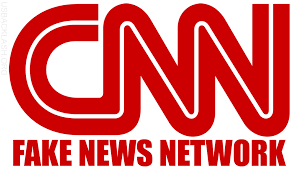 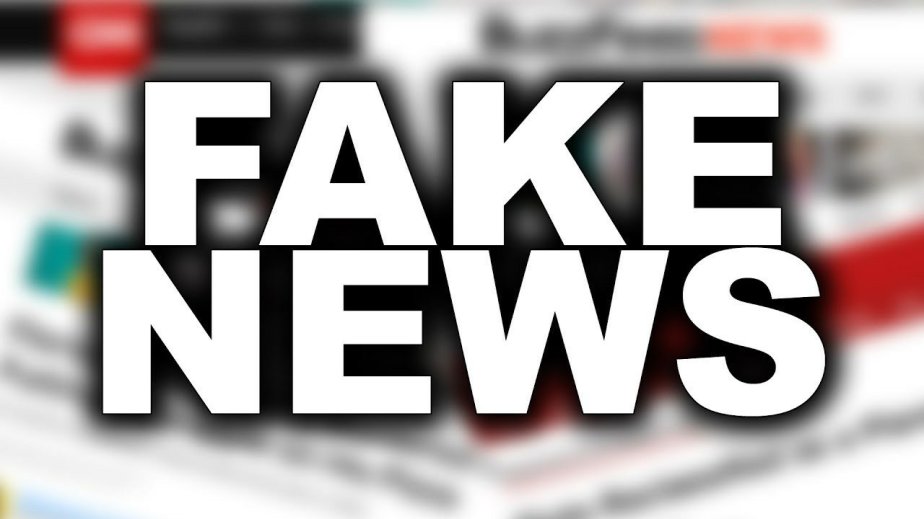 The mainstream media is the primary source of the most harmful, most inaccurate news ever

Isn’t it ironic how the mainstream media has the nerve to lecture everyone else about “fake news” when they are the primary source of fake news on a consistent basis stretching back years?

Fake news stories and fake narratives put out by the mainstream media have resulted in deaths, destruction and people’s lives being ruined.

The most harmful fake news is routinely published by the mainstream media. They are the main progenitors of fake news.

– The fake news that Saddam Hussein had weapons of mass destruction and that Iraq was involved in 9/11, dutifully regurgitated without question by the mainstream media, resulted in hundreds of thousands of dead Iraqis, thousands of dead and injured U.S. troops, and the destabilization of an entire continent.

– The fake news that the rebels in Syria were “moderates” who did not have jihadist sympathies and should be supported led to the destruction of Syria, Libya and the rise of ISIS.

– The fake news narrative that the media was balanced in its coverage of the presidential election was completely obliterated when Wikileaks emails revealed that countless mainstream media reporters were in bed with the Clinton campaign, feeding them debate questionsbeforehand and conspiring with Hillary’s staff to portray her in a positive light.

– The fake news that George Zimmerman was obsessed with Trayvon Martin’s race before the altercation that led to Martin’s death was accomplished by means of NBC deceptively editing an audio tape. This incident stoked racial tensions across the country and laid the groundwork for the violent ‘Black Lives Matter’ movement that was to follow.

– The fake news that produced the “hands up, don’t shoot” narrative, which was proven to be completely fraudulent, led to riots, violent attacks and looting in Ferguson, Missouri, as well as numerous other U.S. cities. Even after the rioting began, the mainstream media continued to legitimize the unrest. Fake news outlets continued to parrot the “hands up, don’t shoot” narrative even after it was proven false.

– The fake news that saw innumerable people accused of rape at college campuses across America, claims that were proven wrong, ruined people’s lives and perpetuated the myth (fake news) that one in five women are raped on college campuses.

– The fake news that George W. Bush served dishonorably during his time in the Air National Guard was broadcast by CBS News with the aid of fake documents. In circulating this fake news, CBS tried to influence the 2004 presidential election but only ended up crucifying their own credibility, leading to Dan Rather’s resignation six months later.

– The fake news that NBC anchor Brian Williams faced enemy fire while helicoptering into Iraq in 2003 was exposed when soldiers who were aboard the helicopter blew the whistle on his lies. Despite admittedly putting out fake news, Williams still has a career in broadcast journalism.

– The fake news narrative that Donald Trump somehow represents the next coming of Hitler has provoked a hysterical anti-Trump hate crime waveacross America, with people and property being attacked on a routine basis. The same hysterical fake news narrative was also responsible for violence and riots at Trump events throughout the campaign cycle, as well as assassination attempts on Trump’s life.

– The fake news that Donald Trump had no chance whatsoever of winning the presidential election was proudly pushed by countless mainstream media outlets, with the Huffington Post even predicting that Hillary Clinton had a 98% chance of winning the presidency. When this fake news narrative was completely demolished on November 8, it swept away trust in political polling and the mainstream media to an even greater degree, prompting the backlash that you now see with the corporate press calling everyone else “fake news” when they are the real fake news.